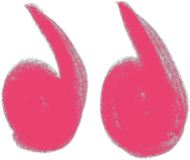 “Absolute PR and Marketing went beyond their brief in terms of time and effort to ensure a successful outcome. Yes, they achieved their main objectives, but it was in less obvious ways where they excelled. Emails were always answered by return, happiness was always evident and service was at the top of the agenda."

Raise the profile of Powderham Food Festival in Devon

Regional media, on and offline

To raise the profile of the Powderham Food Festival amongst consumers and regional media, establishing the festival as Devon’s autumnal foodie event of the year. Absolute was appointed to drive increased ticket sales, build relationships with local media to improve coverage levels and engage with local businesses and media outlets to secure sponsorships and Festival partners.

Absolute worked with Powderham Food Festival to develop a creative and targeted media relations led campaign with regional journalists and bloggers. We developed media partnerships with key media and maximised on publicity opportunities generated by the Festival Ambassador, Judi Spiers.

Acting as the Festival press office, Absolute regularly liaised with local media. This included: organising interviews with both broadcast and print media and providing briefing documents to the relevant parties, handling all media enquiries and generating press releases at notable milestones throughout the year.

Absolute identified key regional food and lifestyle media and approached them to secure beneficial partnerships for the Festival. This generated a substantial amount of coverage for the Festival across a range of regional media. Where coverage was dependent on advertising, Absolute liaised with these contacts to secure the best deal for the Festival.

To form engaging relationships with consumers, Absolute negotiated competitions offering tickets to the Festival with both media partners and influential bloggers. This gave the Festival significant coverage across online platforms where advertising wasn’t an option.

Ensuring that consumers had a reliable online source of information, Absolute oversaw the smooth running of the official Powderham Food Festival website. Activities included: updating references from 2017 to 2018, keeping the exhibitor list updated and generating and adding new content and pages.

To build momentum for the 2018 event with previous Festival goers, Absolute developed an e-communications schedule and generated the content to ensure that the Festival mailing list was kept updated with the latest news from the Festival.

Absolute utilised its extensive business and media contacts to bring new sponsors and partners to the Festival, creating additional revenue streams, and exposure, for the Festival. Absolute also created beneficial media partnerships that secured the Festival significant levels of coverage as well as developing relationships for the Festival with key media who are now keen to be on-board for next year’s event.

Despite the wet and windy weekend, thousands of people visited the 2018 Powderham Food Festival. Immediately following the 2018 event the Festival received an unprecedented level of interest from exhibitors wishing to return for the 2019 event.

Want to know how Absolute can build your brand?